“Breast Cancer Awareness” month is about to come to a close for the National Football League (NFL). For the last four games viewers have been subjected to overt displays of the color pink. On the players’ uniforms, on the referees, in the stadium, on the sidelines, even the penalty flags, a very beautiful bright fuchsia. It is all very nice and pretty, and frankly, I say one team ought to adopt the color. This pink apparel is sold, some of the profits going to Breast Cancer research (they capitalize on it…oops I mean capitalize it). This much we know. 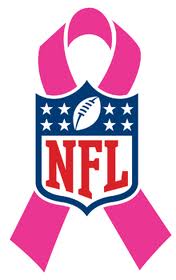 What most of you sheep don’t think about is what a raging crock of horse excrement this whole idea is on its face. “Awww,” you bleat, “the NFL is so nice doing what it’s doing.” Let’s buy some stuff and support raising awareness about breast cancer alone. Huh? Well what about all the other cancers, and by these I mean the OTHER diseases that kill people not just cancers like reality TV, public schools, genetically modified food, or the standing government. I mean if you’re gonna be for “cancer awareness,” as if most grown adults have no idea what it is you’re talking about when you say the word “cancer,” why in the name of Hippocratic tumors would you just pick one?

Any bells ringing yet in your vacuous belfries? The largest untapped market for NFL football is the female demographic. In your silly sheep society grown men are often scorned by their wives simply for watching the game, when heavens they could be helping to load the dog food, and the food for dogs, into the cart at Wal-Mart. Nag nag nag, nothing for women to see, violent uncaring game – all that is made well because now the NFL is not just a bunch of goons with no brains or respect for women. No, now we know the NFL is really about caring individuals doing their part to make us aware that there is such a thing as Breast Cancer.

Now what should come next then is no surprise, never mind that breast cancer is one of the most easily diagnosed and easily treated of all “cancers,” or that no type of cancer has technically ever been cured or vaccine found for its prevention, or that, once again, we’re not even talking here about curing it, just making sure we are aware of it. Poor old Joe with leukemia, he gets nothing, not even a mention, and all those poor souls with brain cancer, and lung cancer, and bone cancer, and so on. What about them? We could even use ovarian cancer, but I guess we “men” today associate the boob with the babe, which is what we’re really talking about here. Get on the good side of the women, and it’s  win-win-win for everybody involved.

Think about it. According to the American Cancer Society (which is like getting information about the effects of of genetically modified food from a Monsanto-funded study conducted at Sellout U…), in California alone in 2011 there were an “estimated” 56,000 (you would think dying from a cancer is something that would be accurately diagnosed, treated, and recorded…) deaths from “cancer” in the general. Now my admittedly unusual and personal view on cancer is that it is death. Everyone, I am convinced, lives with it their whole life, controlling it with their natural antibodies and a healthy gusto to live. As we age our immune systems no longer function as they once did, we take our physicians’ advice and take this or that (synthetic) pill to make our mental outlooks and vital signs just like everyone else’s, infesting our blood, and we consume more and more processed preserved foods further polluting our systems and throwing off our balance (the “ease” which can become “dis-ease”) and in a healthy individual, even, this cancer will thereby grow until eventually it can cause an even natural death. As for treatment, research how many people are diagnosed and treated, and how many die during treatment, or one could even say, by the treatment, treatment meant to keep you alive enough to chain you the hospital, drugs, and machines. I could tell you horror stories, I am sure most of you have pulled the wool from 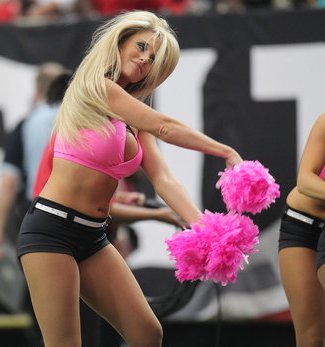 your eyes once or twice and have one of your own to tell about so-called cancer treatment.

Upon diagnosis of cancer, one can choose to live with it or attempt to have it treated. I often ask myself, with a plague of a different sort, also incurable, of what I would do were I told by a white coat that I have cancer. Admittedly, I would be in quite the tizzy for a while, but in the end I would have to say that unless it could be cut out (because it offendeth me…), the statement would mean nothing more to me than “you are going to die.” This I already know, and so then it just becomes a matter of pain management. Is it really better to live 5 years spending half your time in hospitals, in beds, on regimens and diets, than living another year or two going wherever and eating whatever you want? Do I want my kids to see me an invalid?

Anyway I digress so let’s return to the numbers. I have this chart you can download yourself here from the good old ACS (harvesting money and doing nothing of significance for decades) where you can see about 900 out of every 100,000 people are diagnosed with a cancer in California alone. Interestingly, if you look at past incident rates you will find them lower. Are we somehow making more cancer? Did we miss something before and folks just died then of natural causes? Regardless, sheep followers, of that number less than 1/3 of new cancer cases for women in California in 2011 were for breast cancer. There was in fact, a higher rate for prostate cancer. But there is no, what, blue flag?

But all I need you yaps to realize is that this is at bottom a moneymaking scheme for everyone involved. It is part of the economy this cancer, and in the NFL, it means business. Money is generated in new viewership, new ad markets open up once you can show a female demographic in your favor, you make extra money on extra apparel and other stuff to sell, you get to mention the word “breasts” and portray yourself as the compassionate sort. Breast screening clinics get you gals in there every 6 months for yet another biannual fleecing. There is a cancer today, alright, it is what i call the goody-goody syndrome, where some particularly devious of you sheep lead the rest to believe these “societies” – and otherwise “leagues” –  are doing good for others when they are just parlaying their crocodile tears into bigger profits for themselves. The whole idea of a “non-profit” enterprise wherein some employees and administrators are drawing not only salaries and pensions but benefits packages and expense accounts (see this pdf introduced by the “executive officer”) makes a mockery of the free Enterprise and the tax code (very good article, a must-read). My researched bet is if you send 1.00 to the ACS, 50 cents will really go to rent and salaries, 25 cents will go to advertising, and 20 cents will go to miscellaneous, while your remaining 5 cents goes to research already funded by some drug company or machine producer.

But this is a topic for another day. Now once again, tell me who is being hypnotized?

PS: I am a natural counter-puncher, feel free flap your grass-chewing gums either here or on the forum.